Aside from standing in the winners’ circle, naming a racehorse is arguably one of the most fun parts of ownership. Over the years we have seen beautiful, witty, stoic, and even downright perverse names, each with a story behind it. Obtaining the perfect name can be more of a process than you think.

The Jockey Club has quite a few rules to keep in mind when registering your foal’s name.  If a foreign language is used there must be an accompanying translation to English. Graded Stakes winner and Spanish named Tres Borrachos translates to “Three Drunks” in English. I wonder who he was named after?

Horses registered in the same country cannot have the same name at the same time, so put on your creative thinking cap! A name becomes fair game after five or 10 years if the horse has not had a significant racing or breeding career. In the case of an iconic runner their name will be marked with a P for Permanent in the Online Names Book and will never again be available; for example: Secretariat (P).

Just like a tweet or a vanity plate for your car, the name can only include a certain number of characters. The maximum is 18 characters, which can result in the challenging to read “all one word” named horses like Allabouttheladies and Howaboutthemheels.

Names ending with “filly, colt, stud, mare, stallion” or other horse references can’t be used. However, names beginning with those references are allowed such as Filly Cheesecake, Fillyfillybangbang, Coltergeist, Coltimus Prime, and Horse B With You.

A living person’s name cannot be used unless written consent has been presented to The Jockey Club. California trainer Vladimir Cerin named the horse “Blake” after his middle son but according to the rule above, his youngest son “Colt” will not have a horse with his namesake. A horse named Melanyhasthepapers honored a Santa Anita racing office employee who controls the registration papers.

Names of the no longer living can only be used with a satisfactory explanation sent to The Jockey Club. If you name a horse after a deceased relative you better hope it wins a few races so your honoree is not rolling in their grave! Fan favorite Paynter was originally named MC’s Dream after late jockey Michael Baze and his name was changed when he changed ownership. 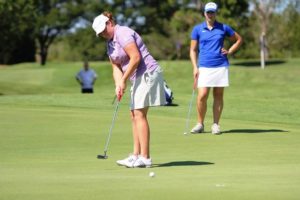 Names with artistic or creative reference are off the table. I galloped a horse initially called The Wall, in reference to the timeless Pink Floyd album. That name did not pass inspection with The Jockey Club but he was successfully renamed Doubledeesonthetee in reference to the owners’ sisters, both with names beginning with D, golfing together.

A name will not pass the Registrar’s scrutiny if it has an obscene meaning, or is in poor taste. Owner Mike Pegram seems to find joy in skirting the Jockey Club name laws with his fun and risqué appellations. Some of the most memorable are Letthebiggatorout, Isitingood, and Myfavoritehigh. Breeder and trainer Barry Abrams attempted the questionable name Nutzapper. The Jockey Club rejected that so he renamed the gelding Guts after a horse he had conditioned back in his harness training days.

Despite all the rules it’s still possible to come up with a crowd pleasing name. My Wife Knows Everything and My Wife Doesn’t Know duke it out in the stretch in this now-famous race call from Monmouth Park!