SynAir was developed specifically to help prevent Exercise-Induced Pulmonary Hemorrhage (EIPH) and to promote lung healing in racehorses that are bleeders. It is a synergistic combination of endogenous and herbal nutrients. The ingredients in our exclusive formula promote vasodilation and bronchodilation as well as promoting regeneration of damaged pulmonary blood vessels. It also contains Vitamin B6 to improve oxygen exchange at the muscle level.

EIPH (Exercise-Induced Pulmonary Hemorrhage) or bleeding is one of the most costly and debilitating health issues directly related to horse racing. Even though bleeding is most often considered a problem for racehorses, EIPH also affects a number of other equine athletes.  In fact, barrel racing horses and eventing horses commonly suffer from bleeding during competition.

The medications that effectively prevent bleeding are either banned from use in horse racing or have withdrawal times that limit their efficacy for race day use. SynAir contains only natural ingredients with no drugs. Since there are currently no banned substances in SynAir there are no testing issues! Let SynAir help your racehorses stop bleeding and run to their full potential!

Recommended Use from the Doctor
SynAir was developed to control bleeding or Exercise Induced-Pulmonary Hemorrhage (EIPH) in race horses and other equine athletes.  The idea is to treat bleeders for several days before and after a work or race.  In practice though, racehorses that bleed with furosemide are treated daily and get a double dose on race day.  Many trainers have effectively managed EIPH in their chronic bleeders.  Numerous horses that were chronic bad bleeders  have stopped bleeding altogether. The formulation utilizes a synergistic blend of nutrients with goal to bronchodilate, stop bleeding, and heal EIPH-damaged lung tissue. 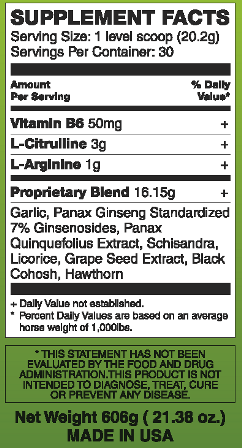